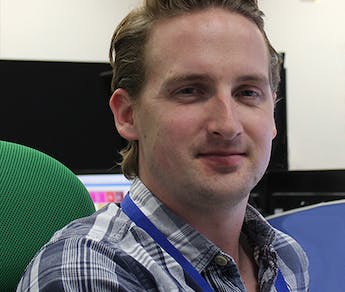 Claims Consortium Group’s Head of Technical, Tom Burroughs, has been appointed to a senior technical role on the board of trustees for Taunton-based charity Stand Against Violence (SAV).

Tom has a wealth of knowledge and experience in improving internal company processes through the use of technology. He will focus on advising and sourcing new technologies that could help the charity to reach a wider audience.

Discussing his new role, Tom said: “Claims Consortium is the main sponsor for SAV, and I have been lucky enough to participate in a number of fundraising events for them in the past.

“SAV is a fantastic charity that creates real impact on the people they work with. I’ve been hugely impressed with the dedication shown to their cause, and the generosity it inspires in those who support them.

“I am honoured to join the board of trustees, and I’m looking forward to being able to help SAV even further now in this new position.”

Adam Fouracre, the charity’s founder and Chief Executive, said: “We are delighted to welcome Tom to the team. As the charity continues to grow, our technology use will need to grow along with it, and with Tom’s knowledge and support we will be able to maximise its effectiveness in our provision of services as well as awareness activities.”

Tom joins Claims Consortium’s CEO, Jeremy Hyams, and Director of People and Culture, Debbie Mawer, who are both also trustees, as well as Michele Lewington and Sam Gill who have recently joined as volunteers.