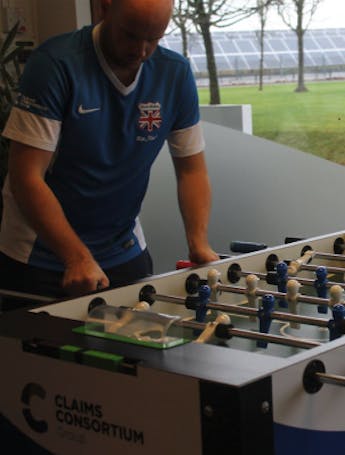 Claims Consortium Group has taken up the challenge of a table football fixture against the country’s leading team.

The British Foosball Association’s Team GB came to Culmhead to take on a team from the Group ­– and despite home advantage the result was inevitable. The all-star Team GB showed their class and won 5-0.

The Team GB players were very generous with their time and it was a fantastic day enjoyed by all. Claims Consortium Group is the proud sponsor of Team GB, which competed in the International Table Soccer Federation World Championships in Italy earlier this year.