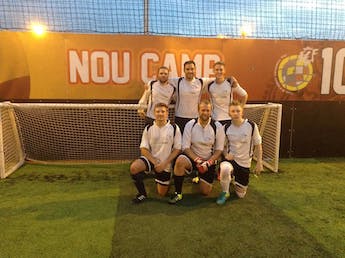 Claims Consortium has triumphed in the annual 5-a-side football tournament run by the Insurance Institute of Bristol (IIB).

CCG United went on an unbeaten run throughout the tournament, winning their group to proceed to the knock out stages.

In nail-biting style the toughly fought final game against insurance brokers Jelf Lampier ended in a 2-2 draw, with CCG United winning a penalty shoot out with no misses and a crucial save from Martyn Puttock securing the win.