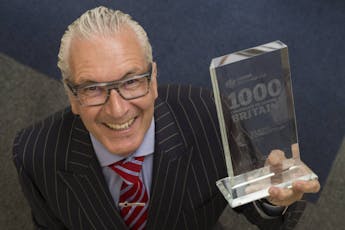 Claims Consortium recognised as a company to inspire Britain

Claims Consortium Group has been identified as one of the London Stock Exchange Group’s 1000 Companies to Inspire Britain 2017, one of only 25 firms in the South West to be included on the list.

The report, now in its fourth edition, recognises the most dynamic SMEs across the UK which have demonstrated consistent growth over a minimum of three years and achieved significant success within their own industry. This is the second time Claims Consortium has been included on the list, recognised for the first time in 2015.

Jeremy Hyams, CEO, said: “To be placed on this list for a second time, and to be recognised along with some of the UK’s top performing businesses is a real celebration of our achievements.”

Xavier Rolet, Chief Executive, London Stock Exchange Group said: “Four years on, LSEG’s ‘1000 Companies to Inspire Britain’ report continues to highlight the dynamic, entrepreneurial and ambitious businesses across the country that are boosting UK productivity, driving economic growth and creating jobs. The strength and diversity of these companies is readily apparent with a broad mix of UK regions and sectors represented. These companies are the very heart of an ‘anti-fragile’ economy: more robust; more flexible and less prone to boom and bust. We must ensure we continue doing all we can to support high growth potential businesses like these.”

To see the full list of companies included in this year’s LSE 1000 Companies to Inspire Britain report, visit www.1000companies.com